Tickets have gone on sale for this year’s Acamedia Conference, to be held at the University of Sunderland’s David Puttnam Media Centre, in Sunderland on June 10th. The conference is designed to appeal to small businesses, large organizations and academics interested in the constantly changing nature of the creative, media and technology sectors. However this year’s event also considers the role of creativity in sectors such as manufacturing, engineering and even the automotive industries.

Acamedia 2014 will build on the overwhelming success of last year’s inaugural event attracting over 180 delegates from across the UK and will deliver a range of keynote lectures, panel discussions and interactive presentations.

Keynote lectures will include an appearance by Lord David Puttnam who will make a case for Creativity being the lifeblood of all Industries and Adrian Woolard, Head of BBC Research & Development who will lift the velvet curtain of the BBC’s Connected Studio Operations.

Eric Schmidt, CEO of Google famously said a few years ago, “You need to bring art and science back together… both sides seem to denigrate the other… you’re either a ‘luvvy’ or a ‘boffin’”.

Acamedia 2014 will stimulate the debate around the demand for fusion skills. The debate will explore why it is essential to invest in arts, media and tech, as well as alongside the focus on science, mathematics and engineering!

Jason Legget, Conference Director for Acamedia, Sunderland University said, “We successfully launched Acamedia in 2013 to create an opportunity for businesses and academic institutions to come together, to network, collaborate and innovate on new and exciting projects in the creative, media and tech sectors. We think Acamedia is a great catalyst to this process and we know this year is going to be even bigger and better”.

Tickets have gone on sale at acamedia-conference.co.uk and are available at a Early Bird rate of £69 until late April then will go to full price of £89. 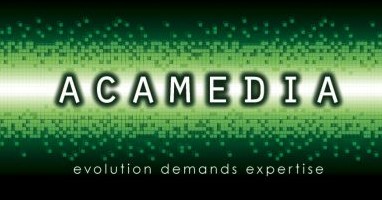