TIPPER OF THE WEEK: NAD KHAN 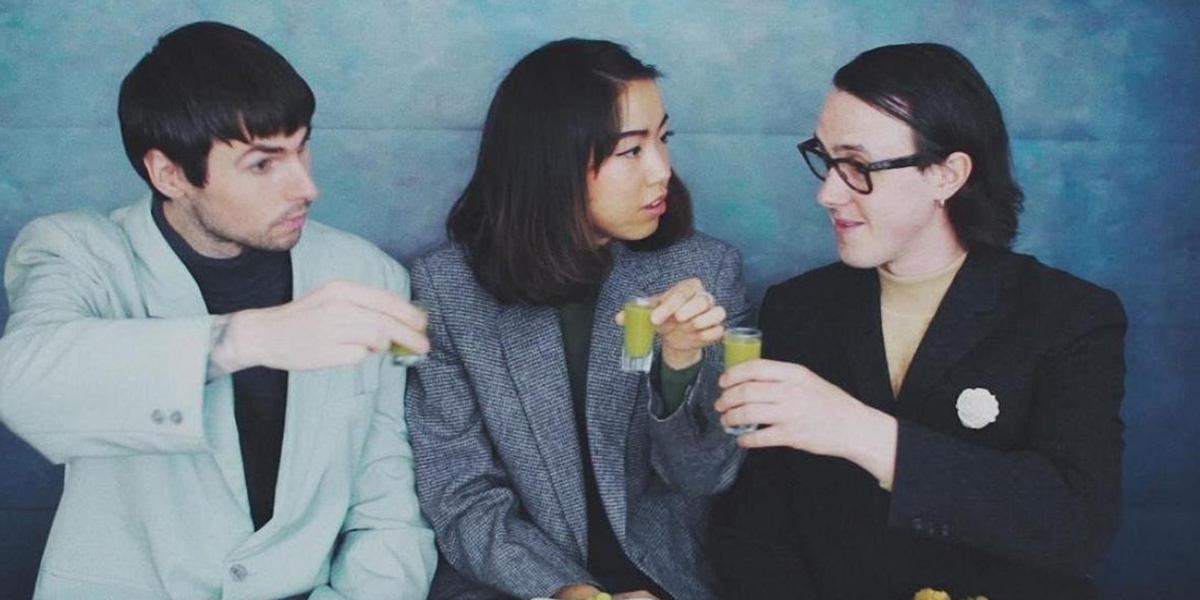 Next up we have Nad Khan, writer for the likes of The Line Of Best Fit, God Is In The TV and NARC. Magazine. Check out all Nad’s tips below.

Let’s start off with a bit of local gold shall we? Luxury are going to wreak havoc in 2018, at least that’s my prediction. I wrote about the Geordie band’s latest track, ‘Primrose Path’ for The Line Of Best Fit at the back-end of last year and its definitely one of the strongest examples of Northern post punk I’ve heard in a long time. Let’s face it there’s a lot of shite to trawl through these days and life’s too short for shite. So if you’re after razor-sharp guitar music running on premium adrenaline and loud, angst-ridden discontent – this lot might just make your dreary fucking day. You’re welcome.

Remember Slinkys? That worm-like rainbow-coloured plastic thing that you used to chuck down the stairs when you were six? Well, that’s what DUDS sound like according to…themselves. It’s an interesting comparison, but unlike the beloved 90s kid’s toy, DUDS isn’t a novelty that wears-off quick. The Manchester art punks are an exciting experimental prospect, who sound like everything and nothing at the same time. Imagine Devo, Talking Heads and The Fall piled into a van and slowly driven off a cliff and you’d be closer to defining them as something musically tangible. Simply indulge in the magnificent, industrial clatter made by bendy guitars, unhinged drums and random brass splutters.

Armed with a debut EP rammed with solid tunes, it’s hard to ignore the infectious sound of Dama Scout. The Glasgow-London trio sound can best be described as simple indie pop, but there’s more to it really. Tracks like ‘Suzie Wong’ and ‘Sugar’ are glowing fairground attractions for restless adolescents. There’s muffled fuzz rock of the catchiest ilk to be found here, alongside floating, sing-a-long harmonies – think Pixies, Yuck, Tame Impala and all that gang of rockers. Dama Scout are an extremely talented bunch of indie noisenicks, worthy of your precious ear-time in the coming months.

Manchester via Newcastle shoegaze/electronic producer Crimewave has been putting out some really interesting stuff over the past year or so. 2017 saw the release of a very interesting EP titled dislocation, which included a brilliant set of diverse tracks, ranging from looped, hazy guitars to discordant, glitch-driven IDM soundscapes. Musically it’s equal parts Mount Kimbie and Aphex Twin, whilst there’s also some lovely use of ghostly vocal recordings that add extra sonic complexity. Stick your best headphones on – this stuff needs a proper listen.

Oh look, another Geordie band, you’d think I’m on commission! (I’m not, I’m still poor and do all this writing shite for pure love of it…). But in all seriousness, I think Swine Tax have rightfully earned a spot on this list regardless of their beautiful origins. The Newcastle trio have been slogging it out on the North East gig circuit non-stop, for over a year now, whilst releasing a steady stream of great singles to boot. Influences come from right across the board here, but the Swine Tax diet usually consists of slacker guitars, oddball post punk and huge helping of anthemic, British indie rockism. Stick that on your tip list!