Ward Hadaway has announced the promotion of 10 lawyers within its team to reward the great talent within the business. 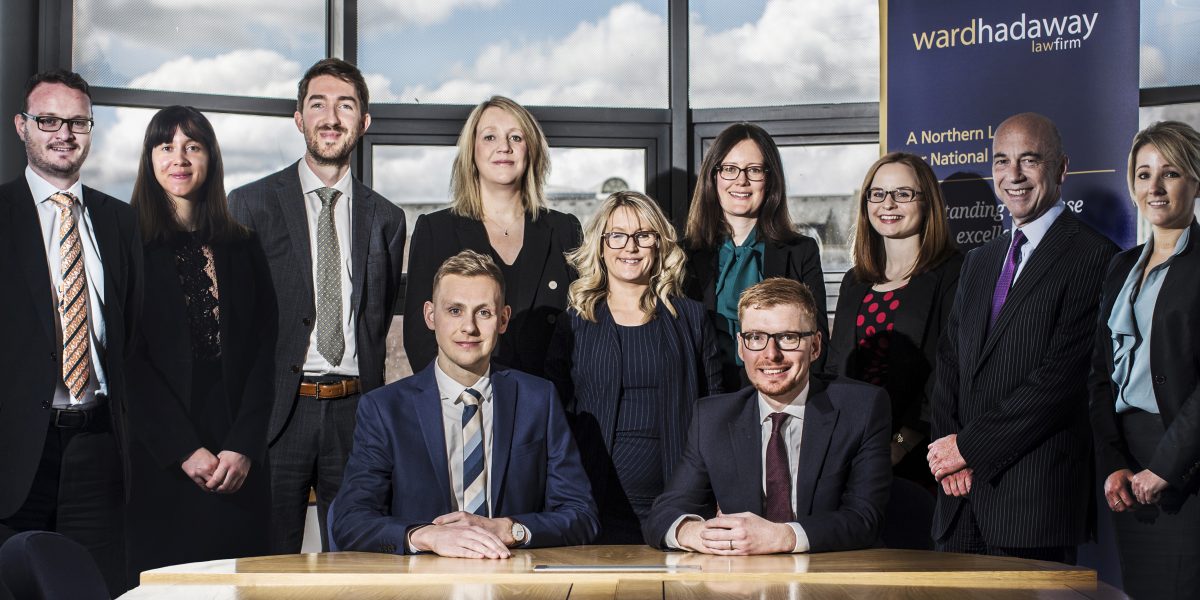 In addition, eight lawyers have been promoted to associate solicitors. Gillian Burns and Mark McKeever in the Employment team, Rob Eldon in the Commercial Disputes team, Clare French and Rosemary Moore in the Corporate team, Kirsty Smith in the Property Litigation team and Karen Taylor and Adele Poultney in the Healthcare team.

Martin Hulls, Ward Hadaway’s Managing Partner, said: “These promotions recognise the fantastic contribution these lawyers have made to the firm and further strengthen the business for the future.”

Steven Roper started work with Ward Hadaway as a paralegal in 2007 and joined the firm’s Commercial team when he qualified as a solicitor.

He has worked in the Commercial team which now has 16 partners for over eight years advising a wide range of commercial clients, from sole traders to PLCs.

In recognition of his strengths, he has also been shortlisted in the Rising Star category of the Northern Law Awards which will be held in June.

Steven commented: “I am delighted to have been promoted. Ward Hadaway is a great place to work – the firm has the size, expertise and client base which means that work is consistently stimulating and engaging. Our people continue to balance this with being able to maintain a friendly and supportive atmosphere in what is often a high-pressure job.”

Colin Hewitt, who heads up the Commercial team at Ward Hadaway in Newcastle, said: “We are pleased to congratulate Steven on his achievement in becoming partner. His appointment recognises the talent and work ethic which makes him a central part of our team.

Richard Greensit has been promoted to further strengthen Ward Hadaway’s Healthcare team, which now has eight partners in it.

Richard specialises in advising NHS Trusts and NHS Resolution in the defence of clinical negligence claims. He recently transferred to the firm’s Leeds office to further develop the firm’s healthcare practice in Yorkshire.

He has advised on high value injury claims for brain and spinal injury and delay in diagnosis of meningitis in young children. He has undertaken secondments at NHS Resolution in London and in the legal department of other client NHS Trusts.

Richard joined Ward Hadaway as a trainee solicitor in 2008 before joining the firm’s Healthcare team in 2011.

He said: “I am proud to be recognised for my work here at Ward Hadaway and have enjoyed the chance to build relationships with clients, which makes my work extremely rewarding.”

Jeffrey Keeble, who leads Ward Hadaway’s Healthcare team, said: “We are delighted that Richard has been promoted to partner. It is extremely important that we promote and develop our own people – we are proud of the career opportunities we offer our talented people and know that by encouraging them and challenging them we will continue to give our clients excellent service.”

Martin Hulls, Ward Hadaway’s Managing Partner, is confident the promoted lawyers will make a significant contribution to the future success of the business.

He said: “These promotions are well deserved and reflect their hard work, dedication and enthusiasm. Our people really enjoy what they do and it’s great to see them continue to develop professionally and personally at Ward Hadaway, whether they joined us as trainees or later in their career.

“This is a very special year for Ward Hadaway as the firm celebrates its 30th anniversary, with a decade in Leeds and six years in Manchester. Our promotions are a reflection of the progress that the firm continues to make and to seize the opportunities which lie ahead.”

Ward Hadaway has more than 470 people in its team, including more than 90 partners, based at offices in Newcastle, Leeds and Manchester. Together they provide a complete spectrum of legal services to both business, public sector, third sector  and private clients with nationally recognised legal specialists in a wide range of sectors.

These promotions recognise the fantastic contribution these lawyers have made to the firm and further strengthen the business for the future."