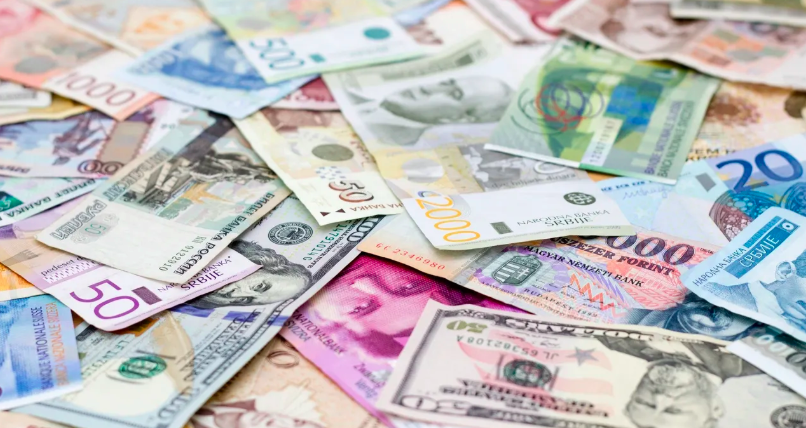 Let me start by admitting that this post is not meant to be a judgement on the actions being taken by the world’s Governments to provide financial support to hundreds of millions of frightened people. Few could have imagined we would be where we are a little over 3 months after Christmas. But here we are. We now know what we have to do.

I have regularly talked about the “centralised system” and the imbalance of wealth; statistics like “1% of the population owns 90% of the world’s wealth” are often put out on social media. The last financial crash in 2008 was blamed on the banks. Politicians were keen to apply this blame. The fact that politicians provide the banks with their power is often overlooked. The further fact that the very people worst affected by the banks are the very people who, time after time, bail the banks out. We have no choice, of course. Until now.

Like many I am an admirer of our new Chancellor; talk about a baptism of fire! The package of support announced March 20 will be forever remembered as unprecedented. We all hope the self employed will receive similar good news later today. But already there are problems.

Accessing this support was always going to be the challenge; overworked benefit and tax offices struggled before the pandemic.

BBC reports on stories regarding the banks demanding personal guarantees to support business financial support packages. In this way all risk is removed from the bank and placed squarely on the business owners personal assets.

We can always rely on the banks.

Mortgage payment holidays are covered in the FCAs update of March 20; it is clear that any 3 month holiday – assuming it is granted – must be repaid. There can be no action taken to reposes property where loans are in default for 3 months. That’s reassuring. We await confirmation in the emergency Bill going through the Lords that tenants will be similarly protected. There are stories of eviction notices circulating around social media and on the Jeremy Vine Channel 5 show yesterday.

Not to be outdone President Trump has presided over a $2,000,000,000,000 stimulus package which passed both the House of Representatives and the Senate without a “nay” vote. With US debt already standing at $23,550,000,000,000 and the new stimulus unlikely to be the last, there is a real threat that this debt will never be repaid – the consequences of which potentially more frightening than the current pandemic.

At home, Zoopla reports this morning that, unsurprisingly it is expecting a 60% drop in house sales; with social distancing etc I predict an even greater drop.
Investors, especially those relying on pension funds to perform have suffered badly in recent weeks; the index of the UKs leading 100 companies was standing at 7727 just 12 months ago; this morning, despite 2 days of significant increases, it stands at 5598.

Many regulated investment funds have been decimated. Some say the expertise we pay for is a myth. Surely the experts foresaw what was to happen? Surely they would have recommended moving out of equities and into cash or fixed interest in time? Why do we pay annual management fees?

In the US, the central bank The Federal Reserve, is now printing money on a scale not seen since 1923 in Germany. So called “much needed” financial regulations have been torn down much like the Berlin Wall in 1989.

Fiat [unsupported money like sterling, $ and Euro etc] currencies have lost significantly. Some as much as 30%. This BEFORE the US stimulus package.

What were you doing in 2008? Queuing outside Northern Rock, maybe? The last crash was, like this one, worldwide. In New York a group of people – IT geeks it is suggested – decided to create a new system of money, one where the centralised system could not interfere nor bring influence to bear. The first commercial Blockchain went live and with it the first digital unit of value. New money, protected cryptographically thus it becoming known as cryptocurrency.

Today there are almost 2,500 cryptocurrencies.

As the 1% of the worlds richest control the media as well, you may know little about this. The financial regulator issues scare stories from time to time and bankers tell us it is phenomenally high risk. Shock! These institutions warn us off because they are quite happy with the way things are. Making a profit during a pandemic. Protecting their institutions from “unnecessary” risk while passing it on to its customers. Being paid management fees when the investment markets are sprinting to the bottom.

Then telling us it’s a good time to buy.

When all this mess is behind us it will be us that will have to lead the recovery. Not the rich. With the US financial system set to potentially implode, the implications for the rest of the world are serious. The US Great Depression lasted for over a decade. And there was prohibition!!

It is time to learn about the greatest financial revolution in history.

Learn about the immense power and security of blockchain technology and especially now, how digital or crypto money can protect you from the extreme ravages of inflation, so likely when all this over.