W Communications, the rapidly expanding PR agency that has an operation in Newcastle, is celebrating a hat-trick of awards for client work. 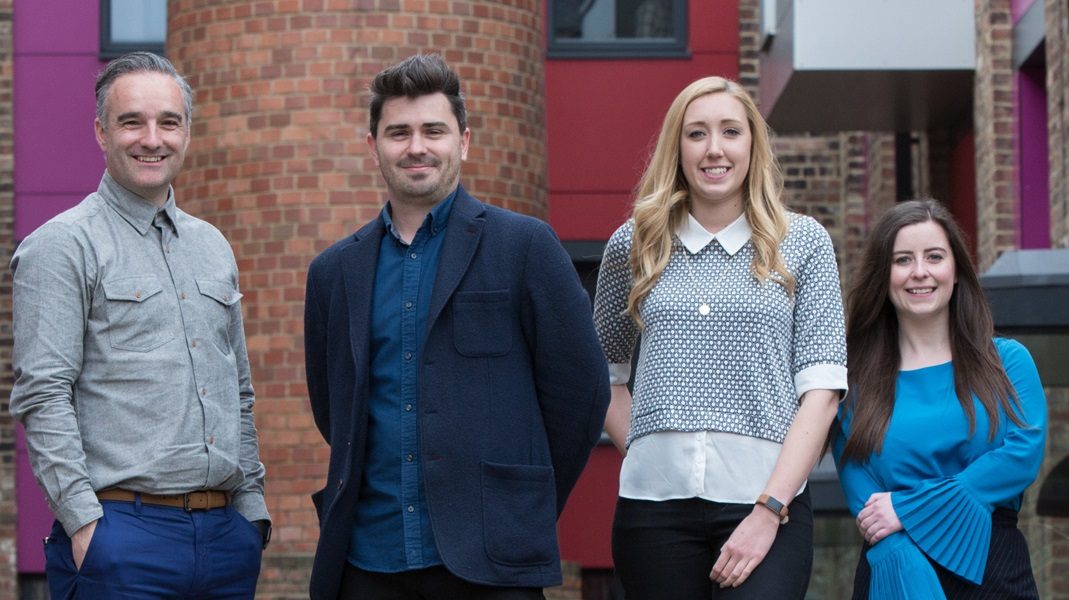 W, which operates under the W North banner from its Ouseburn offices specialises in work across earned media, digital and social for both global and regional brands, scored a triple win at Wednesday night’s EMEA Sabre awards, which were held in Amsterdam.

The Holmes Report-led awards recognises superior achievement in branding, reputation and engagement. Judged by a jury of more than 40 international industry leaders, the awards received more than 2,500 entries from across Europe, the UK, the Middle East and Asia.

W won the Marketing for Men award for its innovative #DontBottleItUp campaign for suicide prevention charity CALM and Topman. The activity, which saw Love Island star Chris Hughes claim he was launching a mineral water called ‘L’Eau de Chris’ go on to reveal the campaign was to encourage men to speak out about their emotions. The campaign was widely covered across national media and broadcast titles.

The agency’s work with Unilever brand Lynx also won two awards on the night; one for Consumer Product and the other for Best Brand Film. Aiming to celebrate male confidence, the film saw British boxer Anthony Joshua confront the public negativity in the lead up to his memorable victory over Wladamir Klistschko.

Head of W North, Christian Cerisola, said: “We’re immensely proud to be part of such a successful agency. These are some really exciting wins for W, which we want to build upon here in Newcastle.

With offices in London, Newcastle, Amsterdam and Singapore, W is one of the world’s top ten fastest-growing communications agencies.

W North recently celebrated its one-year anniversary and has a rapidly growing team working across a range of B2B and B2C clients on PR and social media campaigns including McGuigan Wines, Three, Lane7, Cycle Expo Yorkshire and PG Tips.