In a world of experts where all you have to do is ask, we are pleased to bring you a brand new and exciting section to Tipping Point’s blog…. Ask The Industry! This week we have Patrick Cloherty, Senior Music Catalogue Manager and all round synchronisation guru at Sentric Music, who were nominated as 'Best Indie Publisher’ for five consecutive years at the Music Week Sync Awards. 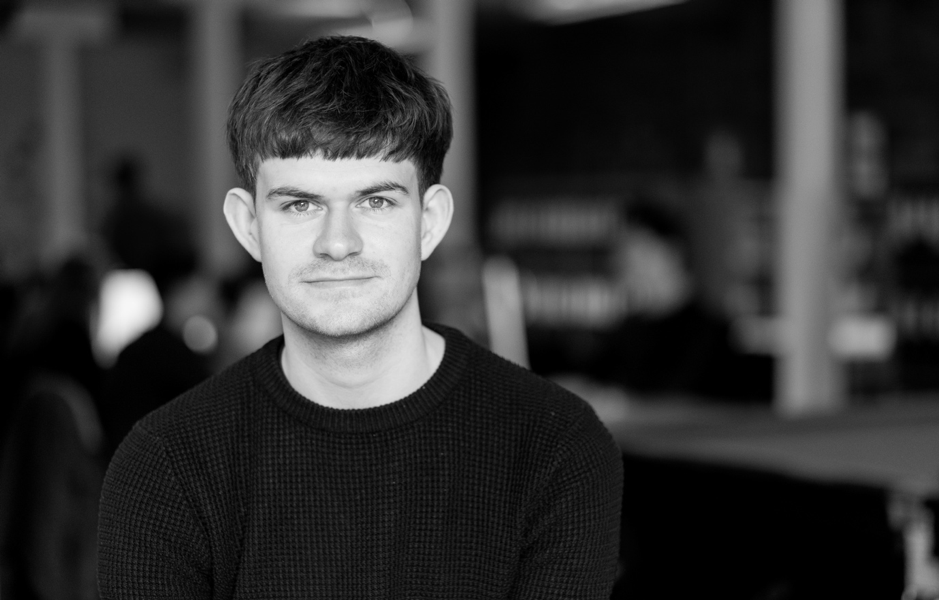 Tell us a bit about yourself Patrick…

I think it all began back when my careers advisor told me to not pursue a job in music and to pick some ‘real’ options for my university plans. I did the total opposite and went to the Liverpool Institute for Performing Arts to study a Music Management degree. A decision mainly based on my distrust for careers advisors and also the fact I had put a few gigs in whilst in college and realised it’s possible to be involved with music without being able to perform.

I’ve always had a slight obsession when it came to TV adverts and music, I think there’s truly something wonderful about music and visuals working together to make something beautiful yet built for the sole purpose of making you want to buy things. Adverts like Volkswagen that used Strange and Beautiful by Aqualung or Sony Bravia with Heartbeats by Jose Gonzalez. I’ve spent hours trying to find out what a song was on an advert before, it’s a lot easier now with Shazam. When I found out there was a specific area of the music industry devoted to making all this possible I knew found the path I wanted to take.

During the third year of my degree it was mandatory to go and do a work placement for three months which would then contribute to the overall grade. Independent publisher Sentric Music was exactly the fit I wanted, a growing company with ambition, a forward-thinking artist focused business model and a sync department that (thankfully) was willing to let me get stuck in at the deep end. During the 3 months I managed to land a William Hill advert with a track I pitched, which no doubt helped Sentic’s decision to take me on full time after I had graduated. I’ve been the business 6 years now and have licensed some amazing tracks to placements with the likes of Adidas, Dolce & Gabbana & Mercedes Benz. Seeing the impact these deals can have on an artist’s career is still the main drive for me, as a fan of their music to then help fund and contribute to their career is a wonderful feeling.

What does your day to day work look like?

Checking emails that have come in overnight. A lot of our business is linked with the US and other international markets, so there is usually plenty of emails to respond to first. The main bulk of my day is taken up with music searches, clients coming to us with a brief that usually consists of… “We’re working on a new advert for a female fashion brand, 1-year license, TV & Online, UK & Ireland, the brand want something electronic with female vocals, they want it to be fun & cool, but not too cool as the consumer age range is 18-35, the brand really like Katy Perry – Firework but only have a budget of £30,000 to clear master and publishing”

My role then is to know the catalogue, not only music we represent but who owns what. There no point in me pitching a track that I won’t be able to clear; a track may have 9 different writers with 9 different publishers who wouldn’t clear for that budget. Or a track might be signed to a major label who wouldn’t be willing to clear for the budget. It’s a mixture of creativity in knowing the artists and music that works for the brief, but also a LOT of administration skills.

I take a step back every time I’m about to hit send on a playlist to the client and run through the key issues that might be caused if they decide they like a track; what percentage do Sentric control and who owns the rest? Who owns the masters? Is it the band or a label? Has it got samples in? Would the artists want to be associated with this brand? Do we control the track in the territory the client is looking to license and would the artist be fine with the fee? This is super important as such much work is spent getting to know the clients to keep the work coming in, buying them dinner and wine, knowing they have two daughters and support Spurs… which all becomes worthless if when it comes to actually working with them you send them tracks that don’t work or won’t clear. They simply won’t send you the brief for the next advert.

On average I’m sending off around 7 or 8 briefs a day, which takes up the majority of my time with the rest being filled up with finding and listening to new catalogue to pitch. I’m always on the hunt for another great track to work with!

How do you generally discover new music?

The Sentric portal is a great source. The business model means artists can sign up directly to the site to use the service and the sync team listen to all artists that register to work with us. We then use internal message systems like Slack to share and get excited about things and to highlight a song so that it’s on everyone’s radar for pitching.

I’m also a big fan of the Discover Weekly playlist from Spotify, recommended videos on YouTube, Radio 1 & Radio 6 in the car and good old-fashioned recommendations from colleagues and friends.

What advice would you give to artists just starting out?

It’s better to give someone a percentage of something rather than owning everything and earning nothing. Most emerging artists are in a position where DIY isn’t a choice, it’s just what you have to do. You can still be DIY and work with other people and external companies.

There are so many services now to help artists in the modern music industry from distribution services to the ‘28-day publishing deal’ that Sentric first implemented 12 years ago. Yes, these services take a percentage or might charge an upfront fee to use, but that’s because they’re going to add value or do something you couldn’t as an artist. Trust me, if you think joining 65 international collection societies direct is easy or that trying to collect you mechanical royalties from streams in Italy is straight forward then think again. Find out what you need as an artist and then go and speak with people that can help achieve that.

What do you look for in a new act when taking on new artists? How do you know they are ready?

As I mentioned previous the Sentric deal means artists actually come to us and anyone can sign up to use the service. But it’s still really important for us to know what level an artist is currently at. For me the big question I ask to find this out is “What are your plans and what do you want to achieve in the next 12 to 18 months?”.

Often you get an answer like, “Sign a major record deal” which breaks my heart every time. Signing to a major should not be the end goal, if anything it’s more of a starting goal where the real work and pressure begins. It’s also not a feasible business plan and that’s what you have to see your band/project/artist as, it’s a business. Without seeing it like that you will have nothing to fund the creativity. You should sit down and realistically look at what’s achievable to help you progress in your career. Having an artist say to me “I want to release my EP, aim for some BBC Introducing plays on radio and play on the Festival Republic stage at Leeds Festival” is far more exciting and shows they’re in the right place to actually achieve those things.

Finally, what track do you have on repeat at the moment?

Far Caspian – Holding On. A new band signed to Leeds label Dance To The Radio. It’s just got a lovely summery feel to it, similar to bands like Real Estate, Wild Nothing and Beach Fossils. The endless summer we’re having has been sound tracked by this tune so far! Long may it continue.

that’s what you have to see your band/project/artist as, it’s a business.