BAFTA-winning sound artist and seminal field recordist Chris Watson was a founding member of the influential Sheffield based experimental music group Cabaret Voltaire during the late 1970’s and early 1980’s. Since then he has developed a particular and passionate interest in recording the wildlife sounds of animals and habitats from around the world. As a composer and sound recordist Watson specialises in creating spatial sound installations which feature a strong sense and spirit of place.

In this masterclass, we will continue the theme of exploring writing with a change of intention.

With an inspiring career as a performing and recording artist, composing and collaborating for art installations, television and radio as well extensive knowledge of field recording and acoustic ecology, Chris Watson will discuss his career and life in sound, by giving an insight into his contemporary practice and approach to writing and recording.

This masterclass is open to artists at all levels; those interested in adapting & developing their skills, sound artists, experimental musicians, and people with some level of recording and production experience who are looking to broaden their understanding.

In 2011 Watson received the prestigious Royal Television Society ‘Centre Award’ for the North East & Borders. Watson has recorded and featured in many BBC Radio 4 and World Service productions including ‘The Wire’ which won him the Broadcasting Press Guild’s Broadcaster of The Year Award (2012). His music is regularly featured on the BBC Radio 3 programme ‘Late Junction’. He has also worked extensively for Irish RTE Radio 1 on series such as ‘Sound Stories’ Watson’s music is released by the London based label and his publisher ‘Touch’. His CD ‘Weather Report’ was voted as one of the 100 best albums to hear before you die by The Guardian newspaper.

Watson’s installations have been commissioned by international galleries and festivals such as;

Sheffield Millennium Gallery, Opera North in Leeds, The National Gallery, London, The Louvre, Paris, the Aichi Triennial in Japan and Unsound in Kraków.

In 2014 Watson was appointed the Handel Music Fellow for the Foundling Museum in London.

University of the West Of England – Doctor of Technology 2003

University of The Arts, London – Doctor of Arts 2008

University of Sheffield – Doctor of Music 2019 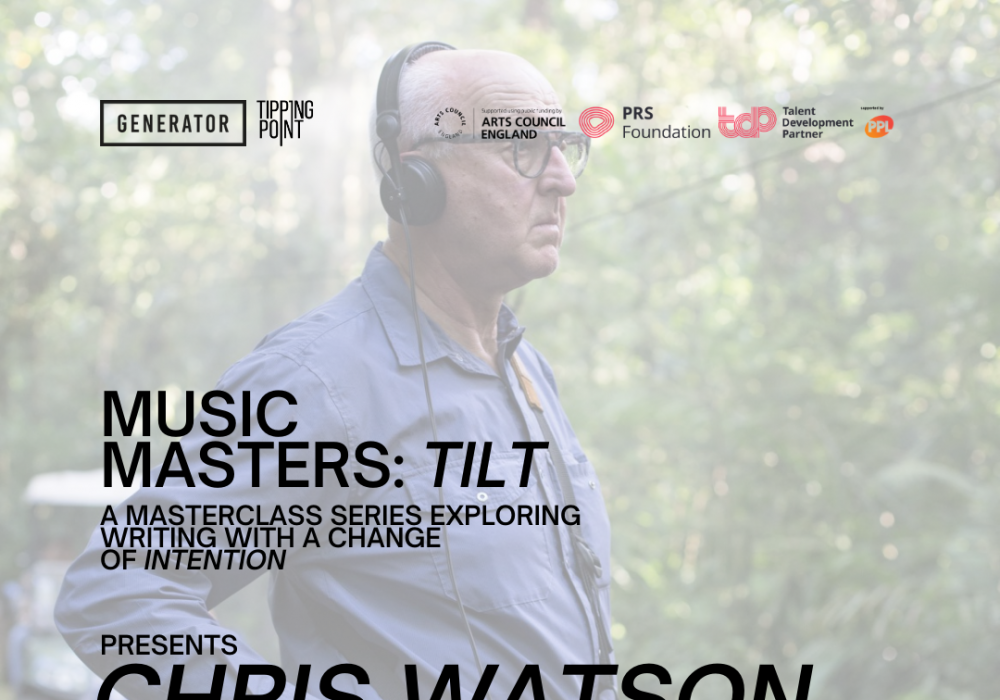